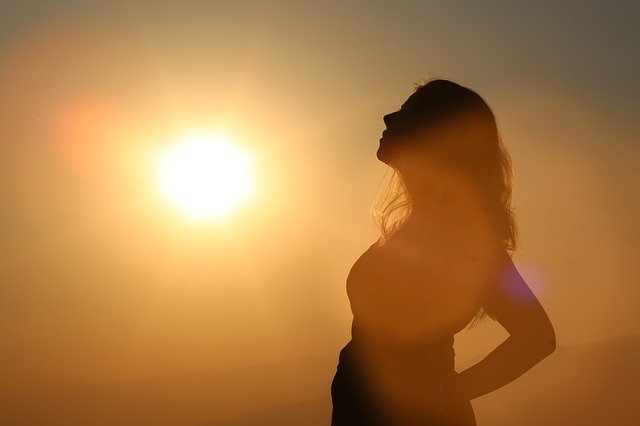 The late Dr. Claire Weekes, mother of modern anxiety treatment, summed up her antidote in six words: “Face, accept, float, let time pass.” But like so many pithy prescriptions for mellowing out — sleep, meditate, maybe just go for a walk — the sensible is easier said than done. Nineteen months into the pandemic, the idea of relaxing now a rusted skill, I finally return to a place that’s always promised the most self-indulgent sort of slacking off: the spa.

Europe is dotted with entire spa towns, flourishing around mineral springs, where the weary can “take the waters” for the rumoured wellness perks. (In fact, “The Great Spas of Europe“ — covering 11 of the most significant towns across seven countries — was officially recognized this summer as a new UNESCO World Heritage site.) Similarly, Japan abounds in onsen, and South Korean in jjimjilbang. Ontario isn’t quite such a hot spot for hydrotherapy, but our neighbour to the right, within convenient weekending distance, has long clued in.

“There’s a real sort of ‘cult’ surrounding spas here in Quebec,” says Joanie Pietracupa, editor-in-chief of Véro, Elle Québec and Elle Canada, when I inquire about the province’s impressively dense concentration. “I think Quebecers view spa pampering maybe with a European cultural influence. It truly is the thing to do to take care of yourself. It’s one of the most prized Christmas or birthday gift ideas every year, for everyone. Plus, there are so many — they just keep opening.”

I’m no stranger to the spa, but my last visit is ancient history, dating to the gullible before-times, when an hour or two away seemed like a plausible cure for the worries. But if any place can remind me how to chill out, this must be it.

By the time I slip onto the heated table at the subterranean spa haven inside Hotel William Gray, a sleek boutique property built upon two 18th-century maisons in charming, cobbly Old Montreal, my tensed-up shoulders feel marginally more flexible than marble. My massage therapist kneads them back to life, a process so thoroughly tranquillizing, I only half-remember because I promptly pass out for a power nap. Dashing off too soon, I make a mental note to allot time for the Finnish sauna, eucalyptus steam room and Himalayan salt room on my next swing through.

Fancy hotels aren’t, of course, the only place to come by pampering in the province, which has more than 125 spas, according to Bonjour Québec. “Spa-ing is so much more democratic here — much more affordable and way more widely available,” explains Katherine Lalancette, Montreal-based beauty director at The Kit. “They’re not only in luxury hotels, and you can enjoy the water circuit or thermal experience without having to book a massage or other service.”

One of the area originals for hydrotherapy is Scandinave Spa, which opened its first location in 1999, in Mont-Tremblant. Tucked in the Laurentians (you can catch the fall colours while lounging if your trip’s timed well), it’s a classic for unwinding après-ski, or whenever you need “the perfect distraction from daily life.”

I’m cocooned against the crisp October air in a white robe, with the pockets sewn shut, lest I’m tempted to smuggle in a cellphone for doomscrolling. The staff (quietly) reinforce the strictest rule, sporting “SILENCE” emblazoned on their uniform, an edict posted on signs everywhere.

Following Nordic tradition, there’s the triple-stage ritual: hot, cold, rest (repeat until blissed out). It’s said to energize the body, encourage detoxification and cause a rush of feel-good endorphins, among the lofty claims.

Step one is the easiest: a leisurely soak in one of the roiling outdoor baths, or a sultry sauna session, meant to boost circulation and induce serenity. Next, I brace myself for a swift dunk in the brisk plunge pool; hardier souls can dip right in the Diable River. To recoup, I retreat to a Muskoka chair beside a smoky, crackling wood fire and do — well, not much. With nothing to accomplish but admire the russet trees, sip steamy, cinnamon-spiced tea or take a siesta, I can’t decide if I’m “relaxed” or adrift.

My last spa stop is one that comes most recommended by in-the-know Montrealers I survey: Bota Bota. A reinvented ferry boat moored in the Old Port, it’s a popular haunt for its water circuit, multiple saunas, massage rooms and sun-splashed decks, a pool-equipped garden area and panoramic skyline views. Mid-afternoon on a Wednesday, I arrive to a lineup, perhaps unsurprising in a city where spa-ing isn’t a rare treat but a perfectly routine way to recoup.

I cycle through the hot-cold-rest steps like a would-be local. As I park myself in a rope-strung hammock chair suspended from the ceiling, lulled by the soft, rhythmic rocking, I feel a sense of doziness, a strange calm I’d forgotten, starting to set in. Float and let time pass may well be the remedy, but best do it at the spa.

Writer Wing Sze Tang travelled as a guest of Bonjour Québec, which did not review or approve this article. Travellers are reminded to check on public health restrictions that could affect their plans.